The current swirling tide of sewage emanating from the extreme leftist media here in the USA is doing a fine job of stirring up its own base. And creating the faux image of a dilemma. 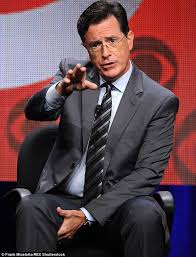 The base are those who loyally marched to vote for Hillary. The audience that cheered when Colbert announced that Comey had been fired – not realizing that they were not supposed to cheer. Comey was no longer a “bad guy” but a “good person” and the audience had not been clued in on the change in the approved view.

Colbert had to let them know that they had got it wrong. Winston Smith would have been so proud. The audience pivoted and did the approved thing and started to boo.

So the leftist mob has been primed and pumped.

There are occasional reports gurgling out of the House and the Senate that seem to indicate that some of the GOP are worried that this sewage might strike a chord with voters and, horror of horrors, they might not get re-elected.

The House GOP – with very few exceptions – is not a hotbed of courage and conservatism. But now they are going to have to be – they are not being left with much of a choice.

The Speaker of the House is going to need to rally his wobbly troops and actually pass legislation that forwards Trump’s agenda. The main planks of getting tough on immigration, building the wall, tax reform and healthcare reform should be pushed through as soon as possible.

Here is why it is in their interest to actually do this.

If their fears are correct –  if the slime that is being tossed around does have an effect – then there is certainly a possibility that there might be a surge in voting for some Democrats.

But the Main stream media – the ones slinging the slime and the sewage – have already utterly failed in their bid to win the last general for Clinton. Despite months and months of unrelenting effort, rumor, grind, lies. They lost. The House GOP should have an evening of popcorn and soft drinks and watch the youtube videos of the leftist meltdown on the news channels on election day. (and if you have not looked in on them in a while – maybe you should too).

The lesson the wobblers need to re-learn is that it was NOT the media that elected anyone.

What won the election for the GOP  and President Trump were the millions of voters who have utter disdain for the media and the leftist herd. They (including me) pay no attention at all to what CNN, NYT, MSNBC, NBC, ABC  and the rest of the idiocracy keep churning out.  Those “sources” long ago lost any journalistic credibility that they may have had left.

If the members of the House think they can hedge their bets by appeasing the leftist scream machine – they are sadly mistaken. The Dems are not going to vote for them no matter how much they grovel. The only votes the House GOP can earn are the votes of the Trump supporters.

If the House GOP does what it said it supported then the chances are good that we will turn up again. If they do not there is a good chance many will not.

The House and the Senate need to grasp – at long last – that if they wish to stay in their offices in DC they are going to actually have to do something.

To get off the horns of this dilemma they need only do what they said they wanted to do.

But in a total change of pace for a lot of them – they are actually going to have to do it. 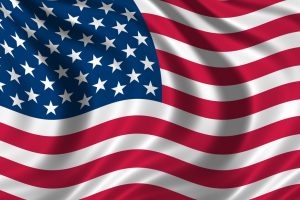