Randy B Corporon is a local attorney and Conservative leader.  Organizer and founder of the very successful Arapahoe County Tea Party and an occasional host on local radio news shows. His views and mine tend to coincide – at least they coincide more than they divert.

Today I noted a tweet from Randy. Well, it was a re-tweet of something from Ann Coulter expressing unhappiness with President Trump’s progress since the inauguration. Randy commented that he was starting to feel somewhat uneasy as well. Ann was a big supporter of Donald Trump during the primaries and the general.

Randy and I both voted for Trump. Both of us, I think it fair to say, voted reluctantly for Trump. We both supported more straightforward “conservatives” in the primaries, I was for Walker and then Cruz. As far as I know Randy is a Ted Cruz fan as well. 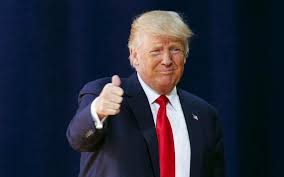 My own personal view of Donald Trump was that his presidency (should it arrive) would have been both interesting and irritating.  Interesting because, as a populist, it was likely that the priorities would change – swiftly, depending on the volume of noise from the supporters. Irritating because some of those changes would not be things which I would be enthused about.

What has Trump accomplished since the inauguration that I think has been worthwhile?

First and foremost is his complete mastery of the sounding brass and tinkling cymbals of the main stream “media” that is now the leadership of the Left. He has led them by the nose almost effortlessly since he arrived in Washington.

I don’t believe, to be honest, that this is a strategy. It just seems to be something that he does naturally. He has seized on the soft spot in the media’s underbelly. The inability of the reporters, their supervisors and directors to resist challenging Trump. Everything he says must be gainsaid, “fact” checked, argued, shown to be wrong. The effort expended in this is prodigious and all consuming and the result is – nothing.

The Trump Administration is winning almost every debate – because for the most part the media has no idea that any such debate is taking place.  The debates are taking place between the hard nosed and very capable and Conservative heads of the Executive departments and the House and the Senate. People like Secretary Mattis, Attorney General Sessions, Secretary of State Tillerson, Secretary John Kelly. I am not asserting that there is some seamless framework of cooperation or anything approximating that. What I am asserting is that what is being worked on and done is being done while the Main Stream media is bouncing up and down and barking like some some weird cross bred min-pin rotty.

One of the people that I think really does understand Donald Trump and the way he operates is Scott Adams – the creator of Dilbert and one of the few people I have ever read who managed to simply explain Cognitive Dissonance and how it applied to the then Trump candidacy.

Adams predicted the Trump victory, way ahead of anyone else that I know of. His opinions are worth reading on the subject .

One thought on “Whither The Donald? Conservative Progress?”