The world is facing food shortages brought on, in part by the Russian invasion of Ukraine. The little known fact is that Ukraine is a key agricultural supplier of grain and vegetables, particularly to the middle east, where much of the wheat goes into producing the daily bread of millions of people in Egypt and Lebanon. Interrupting Ukraine agricultural production puts a damper on predicted supply and thus prices in the world market start to rise.

At the same time many western countries have just announced initiatives that will result in reducing food supply from many countries. Several European countries are moving to take agricultural land out of use by government fiat. The one that has attracted the greatest interest has been the Netherlands because the farmers’ reaction to being told that one third of them are going to lose their family farms to reduce nitrogen fertilizer use has brought about massive protests from the farming community. But the Netherlands is far from being the only country to announce this measure – Germany, Italy, France, Belgium and Canada have announced similar measures. Great Britain has opted for paying the farmers to get out of farming, offering buy outs to the oldest (and most experienced of course) farmers.

It is worth noting that none of these decision are being made with the intent of INCREASING agricultural production. Removing high nitrogen fertilizers from use will, provably (see Sri Linka), reduce crop yields dramatically and, at the same time they are taking land out of production.

A person whom I admire, very much, Neil Oliver who has become an international figure for his sane commentaries and observations on real life as seen from Scotland has, in recent weeks, been stating that amidst all the confusion of Covid, lock downs, energy bills spiking, Inflation, energy supplies in Europe becoming problematical one philosophical principle helps make things understandable:

“The simplest explanation that fits all the facts is probably the correct one” – a paraphrase of Occam’s Razor. I heartily agree with Mr Oliver on this.

Why are the governments of Europe enacting a policy that most voters seem to have no clue about? Why are they choosing (or being told to choose) such a course of action at this time?

At the same time that they are doing this, those self same governments have been investing untold billions of dollars into windmills and solar panels, forcing their populations to transfer their transportation to Electric Powered vehicles, adopt electric heating and not gas, in the UK’s case they wish people to adopt “heat pumps” instead of gas heating, Note all these “choices” will cost far more than the current options, Installing a heat pump is a minimum of ten thousand pounds, electric vehicles are more expensive to buy than petrol or diesel vehicles and will require a massive increase in building up of the national power grid. 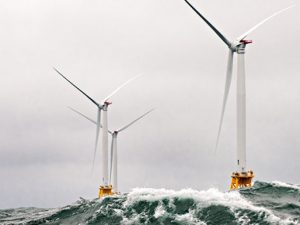 The investments required for all this are ENORMOUS.  And the results are not even definite, there is no proof at all that this will result in some sort of perfect planet. Or that things will magically become cheaper. Most people will be financially much worse off than they are now.

Neil Oliver said it best – at least for me. “They are taking away choice“. The governments of this world, or at least the western part of it, have decided that it is time to restrict the ability of ordinary members of their country to make choices. They are adopting policies that will increase the cost of energy and travel which will force us out of cars and onto buses, they are adopting policies that will dramatically increase the price of food, particularly meat, so that anything other than a very basic meal plan will be out of most of our reach. They are doing this without asking. They are merely telling.

In T.H. White’s seminal work “The Once and Future King” there is a part where Merlin the Wizard is instructing the young Arthur by using examples from the animal kingdom. You may remember the Walt Disney cartoon “The Sword in the Stone” which was a telling of part of this. He turns Arthur into a fish and a bird as life lessons. In the book there are more examples – one of which involved turning Arthur into an ant. Arthur got to see what the motto of the Kingdom of the Ants was;

“Everything not forbidden is compulsory”