People, particularly conservative people keep making a fundamental error when they describe Pelosi . They describe her as a “socialist”. She is not a “socialist” she is a fascist. Pelosi is a multi-millionaire, she has never worked in the private sector, she comes from a family of East Coast Politicians and she has been accumulating wealth since she was bequeathed a house seat many moons ago. 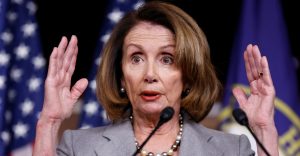 She has kept the Democrat Party in harness to the bidding of the billionaire Hedge Fund and Investment banker backers who have been financing the grass roots infrastructure and agit prop front groups which have helped keep Pelosi in her leadership role.

The binding together of various power groupings in a society under a strong central leadership is the very definition of Fascism as developed by Mussolini. Where strong central industries are favored by a centralized political structure along with very strong enforcement via the police – and the military. 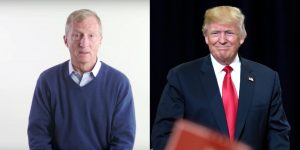 In a recent thread in a conservative message board a person posted about Pelosi being an ardent supporter of Gun Control. I surprised the person with that opinion by pointing out that VI Lenin and Karl Marx both supported the people being armed. They were adamant that allowing the rulers to confiscate and disarm the people would be counter-revolutionary. Pelosi is not a Socialist.

Steyer demanded that the democrats impeach Donald Trump – as one of the “mega-donors” this ex Hedge Fund manager billionaire issues orders to the Democrat Party leadership.

Pelosi, the Democrat Party leadership and the billionaire backers are afraid of the people. They are very afraid of an armed population. Why on earth does anyone think that Bloomberg sinks millions of his own dollars  to push “gun control while he and his family are surrounded by armed guards?

But Pelosi is happy to push gun control and potential gun confiscation – ergo she is not interested in the people of this country. therefore she is a fascist – not a socialist.